Q&A: Preparing for and Working with Media in a School Crisis

The following is a sampling of the questions and answers from this month's installment. Questions are edited for brevity. Feel free to email rrkaufman154@gmail.com with a question or comment, and don't forget to check back regularly at www.SchoolSafetySeries.com for this and other great resources. In a larger metro area, how would you recommend developing/maintaining relationships with media when there can be lots of movement among reporters/beats? How much “engagement” from me is too much?

Granted there are more reporters and journalists, and frequent turnover, in a large metro area. In my 12 years in the Twin Cities area, the primary daily newspaper has had no less than half a dozen education reporters. I still find incredible value making connections and forming relationships despite the turnover frequency. Actually, I view those new connections as an opportunity to help new reporters, and become the “go to” person for stories they are working on. They may be new to the area and learning the ropes, so any help they can get will be much appreciated. So, there’s more benefit than downsides. Once the relationships are created, I touch base with reporters and journalists from time to time, just to let them know we are here … and, certainly when you have a great story to share.

We have had recent drills with local PD/FD where the PD says that they are taking the lead with all messaging even though we have our own messaging needs to get out. How do you balance the need for PD to take over all communications with your own needs?

In no circumstances should any school district cede control of its messaging to its stakeholders. Even in an incident or crisis, your stakeholders want and NEED to hear from you. It is best to have a working relationship with local law enforcement authorities, before any crisis and come to an understanding of roles, responsibilities and expectations. As long as you don’t attempt to become the investigative agency, and conversely law enforcement does not speak for the school system, a symbiotic relationship even in the midst of a crisis is workable.

In addition to conducting a mock press conference, how else can I improve my skills at answering tough media questions during a crisis?

The best learning is trial by fire. Seriously. The more interactions you have in responding to reporters and journalists, the more comfortable you become. Always think about what you are saying and how you are saying it. Have a team member listen to you as you respond and offer constructive criticism. Early in my career a colleague told me I was divulging too much information in response to a reporter’s questions. Was that tough to hear? You bet, but as I reflected my colleague was right. So, I worked at truly listening to the reporter’s questions, and responding only to the question. We have a tendency to want to say more thinking the reporter will “get it.” Reporters have a specific angle in mind when asking a question, it is best to understand that going into an interview.

Press conferences are rare today. You’ll interact with media more one-on-one, so it is important to prepare for any interview with the media.

In the Federal Commission’s Report on School Safety that was released in December, features a chapter on Excessive Media coverage after a crisis and it makes the case for a “No Notoriety” protocol for media. What’s your opinion that media will begin shifting to that type of operating procedure and focus instead on survivors, responders and heroic acts?

It’s interesting that the authors state “this is the first federal report to examine the issue of media coverage as it relates to the perpetuation of violence.” In the summer of 1999, just months after the Columbine tragedy the FBI held a symposium to study many aspects of the growing active shooter in a school setting, including the media’s coverage. It is one of the factors that led to the Radio Television Digital News Association’s (RTNDA) Guidelines on covering mass shootings. Emotions may impact media covering these tragedies, but their own professional ethics tell them they still have to do their job of reporting on all aspects of the incident.

So how do you respond to the media when they ask a question that you know the answer to but cannot say? Sometimes we know too much and need to hold back.

You shared a guideline for responding to sexual assault or other negative staff and student behaviors. What do you say when they call you? Do they continue to question you about why?

Some variation of, “We are not at liberty to share information on that matter as it is protected by federal and state statutes with respect to data privacy.” Always remember the mantra, “Speak with one clear voice and stay on message.”

I have a protocol that as a district we only provide a written statement in response to questions of alleged sexual assault, intimidation or harassment related incidents. If a reporter is interested in why? We simply respond that’s our district’s protocol. I don’t engage in debates with reporters about the whys? or reasons for our protocol. It is what it is, and if they want a comment from us, we’ll provide one in writing. A pre-developed relationship noted in an earlier response makes these instances easier to address, as I remind reporters and journalists we won’t be making public comments on these specific incidents at the time that they are allegations. Should an allegation become one in which evidence is overwhelming as to determine a level of culpability, then we may take the opportunity to respond to reinforce our professional and student conduct expectations.

We have a culture that is news interview weary. We always provide statements but haven’t gone on air for negative news stories, only positive. When should we go on air when a negative story is brewing?

Depends on your district’s protocols. It is important to find balance to responding to media. If you focus on an effective and constructive response it may contribute to a more positive portrayal during a difficult situation. An ineffective or antagonistic approach might make a negative situation even worse in the public’s eye.

What’s the best advice you can give to a former journalist who is new to school PR and struggling with the change in roles? One tip to help them?

As a journalist you managed your time based on the stories you were assigned to report, but with some latitude with respect to the story angle, focus, balance, etc. These skills you acquired as a journalist may serve you well in your new role. Starting in a new field is always a challenge because there is a learning curve (which takes time) and a desire to be impactful or helpful (which creates internal stress). Without understanding what you are struggling with in your new role, it may be best that you focus on what you are good at from your time as a journalist. That may be writing, looking at issues from the public and media perspective, etc. So, set yourself some measurable goals with those you can easily attain building up to more challenging aspects of the job. No one should expect that you will come in and know all the ins-and-outs of the profession, much less the school system. Sadly, many superintendents feel like if they hire a journalist, they’ll get all kinds of positive press. This is simply not the case, and it’s important you clear this expectation up if this is a factor in your struggles. Feel free to email or call me (952-681-6404) to discuss specific challenges with your new role.

If someone is monitoring social media during a crisis and they notice an error in a post, should that be addressed directly as a comment to that post, in the next press release or how?

One of the more debatable steps in the SM crisis management world is whether to remove inflammatory comments or respond to inaccurate posts. Some believe the question is not so much about allowing comments to remain, but how to respond to them. I strongly advocate school districts adopt a SM policy that address what is and is not acceptable comments and responses. Then adhere to those guidelines. A policy provides the legal safety net should your actions be challenged.

Now, if your guidelines suggest you respond to an inaccurate post, then it should be on that medium. Addressing the inaccuracy through other mediums, like a press conference, runs the risk of exposing the issue in question to a larger audience, and thus, creating more of a buzz or interest that may not have been initially present.

Sometimes we get calls from media working on a story with a one-hour deadline for a newscast, not for intense crisis situations, but in general. In some cases, we don’t even get the message until it is too late. I always follow up, but just curious if others experience this and how they handle it?

Your practice of following up is admirable. And, may be an opportune time to discuss why you did not respond within their short timeframe. My experience is reporters and journalists will cover their bases by seeking info or comments from more than one source in the hopes that they will get one of us to respond within their deadline.

Do you have any advice for coordinating the flow of the message? Given the presence of phones, etc., it isn’t hard for the media to get ahead of formal messages we might put out. We don’t want to make statements until we know what is going on, and we know that families want to get the details from us, not read it or hear it from media.

As a general rule, be as forthright as possible. Share what you know: a) what is happening; b) where and when; c) who is involved and what is being done to respond to the issue/incident. Commit to providing frequent updates as more info becomes available.

In most cases, you will not have all the information as to “what’s going on.” Initially acknowledging you are aware of the incident and will share more information as it becomes available is a critical first step in taking charge. The essential element to crisis communication - in addition to clear, accurate and consistent messages - is the need for rapid delivery of critical information. Even the best crisis management plans and personnel play catch up when school systems have no crisis communication infrastructure already in place 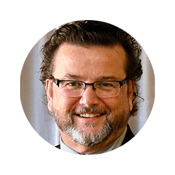